In a telephone conversation with my older sister, Krissie, two weeks ago, she asked me if I had ever read Sigrid Undset’s Happy Times in Norway.

“Well, if you haven’t, you must. It’s kind of a memoir, and she tells all about Christmas, the 17th of May, and summer in the mountains.”

As if Krissie were talking food, I drooled. Then I took action. Quick to Amazon.com. I found an old copy for $10. When it came in the mail, I tore open the padded mailer.

That night I read the first section–Merry Christmas. Oh, oh, oh, the old Norwegian Christmases Mom used to tell us about: The nipping white snow right outside the front door offset by cozy interiors featuring weeks baking to serve drop-by guests, preparing special cured meats for the early morning family feast after Christmas Eve, the beckoning glamour and warmth of the candle-lit table. In a country with so many mountains, a long cold dark winter, and few people, the Christmas gathering and rejoicing created sparks of nourishing “light,” pointing the human spirit towards spring.

And in spring came the next holiday, the celebration of the creation of Norway’s independence from Denmark and Sweden, which occurred on May 17, 1814. On this day, in the town of Eidsvold, a constitution was signed to protect “the rights and justice, the dignity and honor of the Norwegian people….to live under laws ‘sewn’ to meet their own requirements.” Celebrated with fireworks, parades, speeches, and song, Undset’s book recounts Norway’s pride in freedom.

And, lastly, Summer Vacation, Undset’s third section in Happy Times in Norway, which is a descriptive piece about life lived simply and richly at a saeter (cabin) in the mountains during the brief Norwegian summer when Unsets tells of the goats and cows who eat grass from the meadows in the valleys and produce milk for butter and cheeses, where hikes give the eyes a visual bath of moss and lichen, heather and huckleberry bushes, monkshood, and “flats of juicy grass,” blueberries, and cloudberries.

Ah, some of the wonders of three important Norwegian traditions in one little red book.

We had a white Christmas here in Lawrence, Kansas. It kept a couple of people away from our Christmas Eve gathering, but not others. One woman came early to cope with the snow and ice before darkness approached. She bore a squash dish, salad, cookies, and a change of clothes. Slowed by the blizzard, three other people came late. They had to park down the hill, around the corner. The front door opened to a beautiful black woman her wealth of black hair flaked with snow, and two men–one my son–carrying warming lights and some hot dishes: a spicy shrimp and tomato casserole, fried plantains, and crispy balls with meat and cheese inside. Our Russian neighbors trekked to our house from across the street bearing a calamari salad, and a tray with crackers already prepared, each with a slice of brie and topped with a dollop of homemade spicy jam. Later, the son disappeared and came back from home with a little vodka. All of these dishes were in addition to what we offered: gorgonzola cheese and crackers, shrimp cocktail, cucumber/watercress soup, baked eggplant slices rolled with boursin cheese and sun-dried tomatoes, couscous with garlic, collards, oyster mushrooms, roast beef smeared with roasted garlic, and slices of semolina baguettes with butter.

We sat down to two adjoining tables covered with white tablecloths, set with silver polished a few days earlier, pewter and crystal candelabra bearing six red candles, and two small vases of little pink asters. Everyone seemed happy to be at the table. Not surprisingly, conversation started off with food, because each person had worked hard on his dish(es) and relished appreciation.

Uppermost in my mind was my Norwegian mother who, with help from daughters and daughters-in-law, always produced an elegant Christmas Eve dinner before we held hands around the tree to sing “O Yule Mesen Glede.” She is gone, my sisters and brothers live and celebrate Christmas in the east. As we sat down to eat, I raised my glass nodded to everyone and just like Mom said, “Velkommen til bords.”

It’s fun to stick my hand into the mailbox these days to see what’s in the stack. Sort of like those surprise unraveling balls we used to buy when I was a kid. What will be next? In the old days it was probably no more than a cheap little plastic heart, or a tiny marble. Christmas cards are better; we hear from real people, some of whom send us messages only once a year. What have these friends been up to over the past twelve months? We find out. Others send us a photo–a small work of art that, like a thoughtful present, lifts us up.

This year we are receiving baby pictures, as young couples in the family proudly display their infants dressed in red and white while held on Santa’s lap, or snug between them. The parents’ faces radiate pleasure, satisfaction, and hope. These young families are building their own holiday traditions, creating Christmases that they, and eventually their children, will remember.

I think of our parents, how they would have loved getting to know their great-grandchildren, to see their individual characteristics come alive so rapidly. But they are gone. It will be up to us–the grandparents, great-uncles and great-aunts–to tell the stories of the past generation to these babies when they are old enough so that they come to know the characteristics of their ancestors in the same way we are now discovering those of this newest generation.

I am glad that in December, 2009, the tradition of sending Christmas cards still exists; little gifts of remembering and sharing come in the mail, always more satisfying than a plastic heart.

My daughter, Cora, had to jump start me this past Saturday.

“I think it would be great to get two trees this year,” she said.

“I’ll go out with Paul and we’ll compare prices between the tree farm and the hardware store. I’ll pay for one of the trees. One can go downstairs, the other upstairs.”

Now I begin to get the idea. Cora is back living at home, going to KU for a degree in design. Her area of living is downstairs. She wants a tree to light up her personal space. I also realize she’s offering to shop and pay for it with money from her part-time job.

“Alright, go ahead with your idea,” I said.

“While we’re getting the tree,” she added, “why don’t you get the lights and ornaments out. That way we’ll be ready to trim the trees right when we get back. Look around for the Christmas music, too. Then we’ll be set to go.” 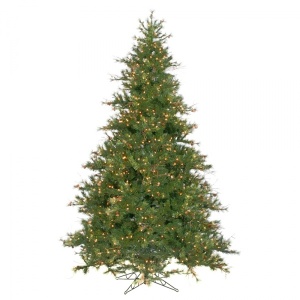 I notice mother and daughter are beginning to reverse roles. Later on, while we were trimming the trees to Roth and Henson’s Flute And Harp For Christmas, Cora added, “There’s a lot of work around the holidays, which I hadn’t realized when I was young. But don’t you just love Christmas!”