So how did capturing a “smell” in notes turn into a manuscript–a book–and why would publishing said book change a person?

The Dad who smelled earthy, the smell in the train station of metal burning foreshadow the coming of age the narrator (a twelve-year-old girl) is about to go through.

The writer (me) is committing to following the idea of a girl coming of age to its conclusion. Somewhere early in the writing, not long after taking notes on smell, I came up with the book’s title The Starlings in London. This is the one thing I never wavered about. It helped me focus on the unfolding story.

I decided I was going to write this story of anguish, the break-up of a large American family in the foreign city of London in the late 1950s and I decided I wanted to contrast the city with the country to make it more interesting for the reader, and to give the anguish a breather once in a while.

The book’s ending, I knew from the book’s beginning. That helped give it bookends so to speak.

After a good long year of writing and critique in writer’s group, and re-writes, I then worked without interruption…not reading any books during this 3-month period because I did not want any other voices in my head other than the ones I was honing in the book. No reading. No Facebook.

When I had completed the manusrcript to the very best of my ability, I sent it to a very good copyeditor. Lots of grammatical errors were corrected. I had to give way to her suggestions about word changes (hard to do). For instance, I wrote that Lily Starling states, “my socks were dew wet.” The copyeditor changed that to “wet with dew.” For the most part I went with all the copyeditor’s corrections/suggestions, as in copyeditor knows best. However, I would only do this because I know how good my copyeditor is.

Now we have the final file. Great! I can read again! Check out Facebook if I want to again. Have a dinner date not just with my husband, but with friends. Rejoin the human race.

Yes! my new book The Starlings in London is out! My last blog was about a road trip. I always imagined road trips as LONG. Enough time to even change the inside of you by what you experience along the way, so much so that you even act differently when you return home. Hopefully more grounded and with greater perspective about life. Well, the road trip to Bentonville, AK was short and it was everything I had hoped it would be but it did not change the inside of me.

Publishing has changed me. It may take a few blogs to convey this change.

Read on if you want to hear about it…

First you have an idea and begin to type or write something. My idea began with writing about smell in a writing group. My “smell” was getting off a train as a kid in a zombie like condition in London in the wee hours of the morning after a crazy trip across the Atlantic on The Queen Mary to rejoin my father, which is later fictionalized in the book.

Okay, okay. What can I possibly say? I’ll jot down some notes:

Smell of the change:

Deadness in the air, gritty, greasy, metallic, foggy, gray heavy air, permeates nostrils. It hangs on the insides of them. Combines with sights clanging, shuffling of feet, train whistle, deadness, different shades of gray, tiredness, wasted, depression, forced smiles, vacancy, wool coats in summer, nothing obvious, or direct, unseen forces, reaching through a pea-soup fog and finding a hand, whose hand is it? A friend, a family member, a stranger?

The above notes became these words in The Starlings in London:

Dad smelled earthy. I was sure he had not had a bath. The skin of his cheeks was loose, yet bristly. The hanging mole next to his left eye jiggled in my right eye. My warm blood leaked fast, out of my face, down my throat, past my chest, and through my stomach, coursing toward my toes.

I smelled metal burning. My spit tasted like poison. I could no longer hear anything.

The Open Road, PHOTOGRAPHY AND THE AMERICAN ROAD TRIP, Crystal Bridges Museum of American Art, February 27 through May 30, 2016

With 100+ images, The Open Road features 19 photographers on the move across America from the 1950s to today.

My daughter Cora and I took to the open road (about a four-hour trip from Lawrence) to take in some art at Crystal Bridges Museum of American Art in Bentonville AK, and to be together, mother and daughter in the car, in restaurants, at a bed and breakfast, and at the art museum. We both like art and food and r&r time, seeing things, and being together, so we had our own short open road trip.

Here is a photo of us and a few images of what we saw at the museum:
(We shared the same camera.) 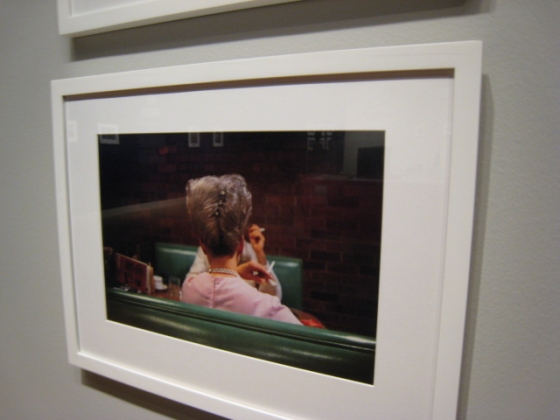 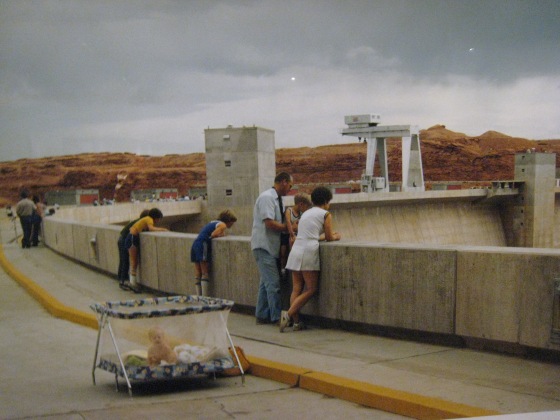 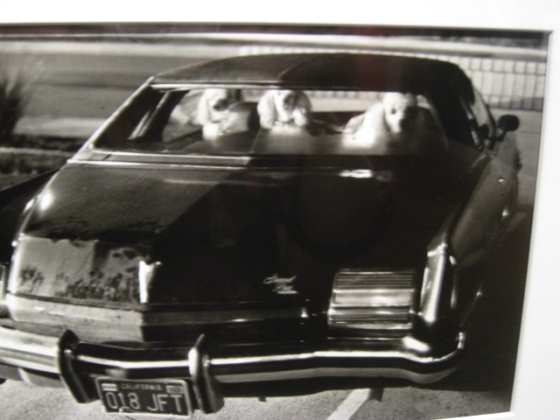 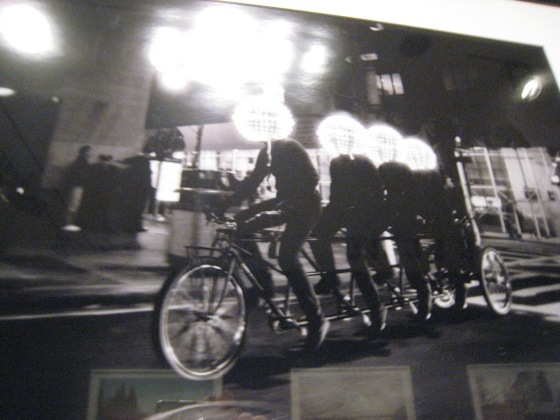